Nuia Alliance - Haranya Alliance - This is a function that maintains a temporary [neutral] through diplomacy of the heroes of each faction so that the dominant Faction can be held in check within the three forces of the Pirates.

-Related content includes 'Siege', 'Raid', and 'Quest', and the score of the faction increases even when Exile or Homecoming Warrior who request return come.

-The faction structure for each server can be viewed in the Faction Agreement tab.

-After comparing whether the agreement is possible for each faction, the negotiating Faction is finally selected.

-This decision is 'relative evaluation' and the agreement criteria are not related to the dominant/inferior criteria. 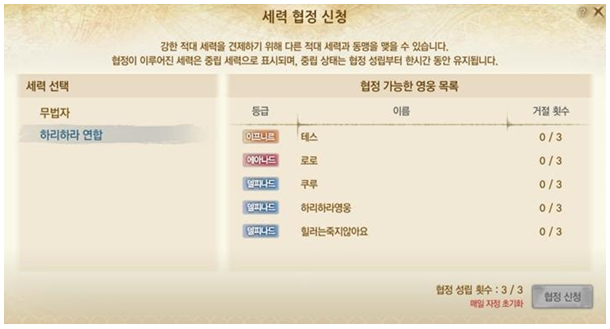 -Scores are evaluated against those of other factions, and scores accumulated over the past week are used from 00:00 on Sunday.
-Individuals can establish agreements up to three times a day
-If the other party refuses to apply for my agreement three times, it is no longer possible to apply for agreement to the target.
-When the agreement is concluded, the number of possible agreements by the applicant is deducted once
-You can apply for an agreement only to the person you are connecting to
-Multiple agreements between forces cannot be duplicated

What is a Faction Activity Rank?

Example of evaluation of the level of faction activity
※ The table below is an example and may differ from the actual values. 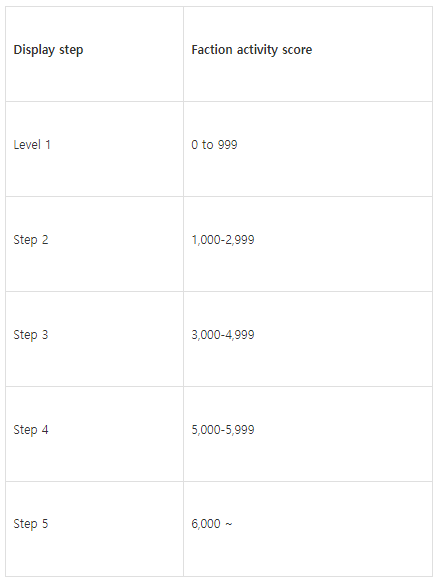 -Regardless of the activity level, the faction with the highest score on the server will be judged dominant, and the one with the lowest score will be judged inferior.
-This decision is 'relative evaluation', and the dominance/inferiority criterion is not related to the convention criteria.
-If the difference between the scores of ranks 1 and 2 is small, they will be judged dominant together.
-When it is determined that the server's activity is in a state that is difficult to determine the superiority or inferiority, all normal situations may occur. 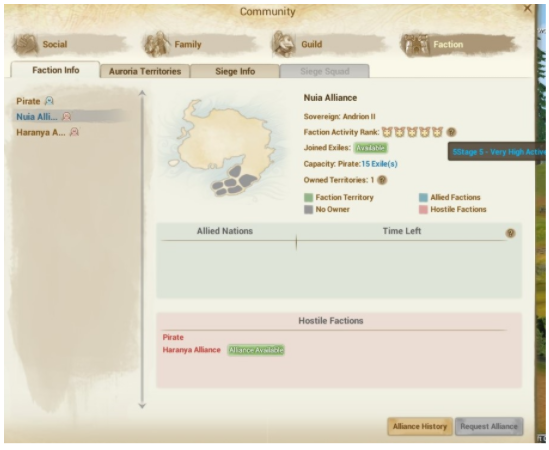 In the [Community> Factions> Faction Information] tab, you can check the status of agreements between factions and hostile factions. 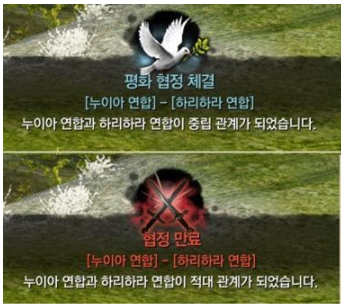 Upon successful conclusion of the faction agreement, both factions will be marked as neutral and will remain neutral for 1 hour.
After an hour, the agreement expires, and the two forces revert to hostilities. 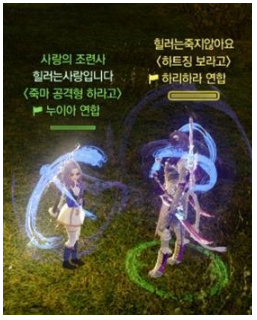 A neutral relationship is a relationship between friendly and hostile.
Neutral factions are generally unable to attack, and can only attack in a free attack state.
Neutral forces cannot form parties or raids. 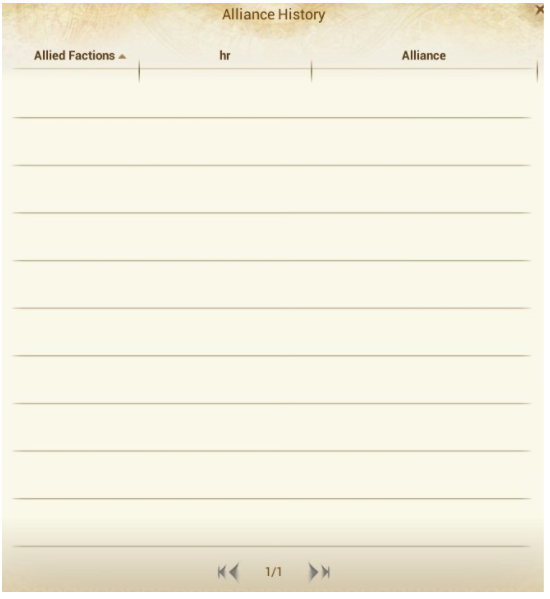 In the [Community> Faction> Faction Information] tab, in 'Alliance History', you can check which hero's diplomacy has resulted in a Alliance Request.
Contents
1 2 ... NEXT