Crime refers to the act of stealing crops planted by others or assaulting other players of the same faction by activating bloodlust mode (Ctrl + F).
If players have committed a crime, there will be footprints, small bloodstains, or large bloodstains in the area.
Report footprints or blood prints to increase Crime and Infamy points of the criminals.

► The pirates are out of the law's surveillance, there are no bloodstains from assault and murder. Likewise, if a player assaults / kills a pirate, blood does not fall to the ground.
► If the Crime Points accumulated to more than 50 points, the player becomes a wanted person, and if the character dies, they will be given the option to go to prison or stand a trial.
► If the Infamy Points reach 3000 or more, it will not disappear even after a trial, so players must decrease the points by going through the quest of penance to reduce the Infamy points.
► When a small bloodstain appears, the crime points increases immediately and the criminal history is automatically reported.
► By clicking a large bloodstain, this will generate a crime report pop-up window to the character who died.
► A pop-up window is automatically shown even when a dead character approaches a large bloodstain.
● When the wanted player dies, the pop-up window for the crime report will not be listed on the board.

Players that commit a crime, leaving evidence at the crime scene.
► Crime points on murder reduced from 50 to 20.
► When a player assaults a target whose level is lower than themselves, a penalty is applied according to the level difference, and crime points of up to 100 points will be accumulated.
► If a player assaults another player with a level equal to or higher than them, they will only get 20 crime points.

Users who witness or pass the crime scene can report from the crime evidence.
At this time, if the offender's crime points exceed 50, the player will get a “Wanted” debuff status.
When a crime is reported, the criminal receives crime points and infamy points.

Users with a Wanted buff status are arrested according to the following conditions and moved to the judge.
► If perpetrators are assigned to the player wearing the executor's certificate.
► When killed by guards or other players.

STEP4. Start of the Trial

When the perpetrator moves to the court, five juries will be selected and the trial begins.
The jury order is by continent and the jury will see the criminal record of the perpetrator.
STEP5. Verdict
Depending on the jury's decision, the perpetrator will be jailed or released.
The time of imprisonment depends on the player’s crime points.

► The start of the trial
● When a player with a crime points of 50 or more accumulated through assaulting or stealing dies of PVP, he or she will be revived to the court.
● When the perpetrator is transferred to the court, they can choose whether to go to trial or go to jail and serve the sentence.
● Even if players stand for a trial, they can go to jail and serve their prison sentence if they are proven guilty. 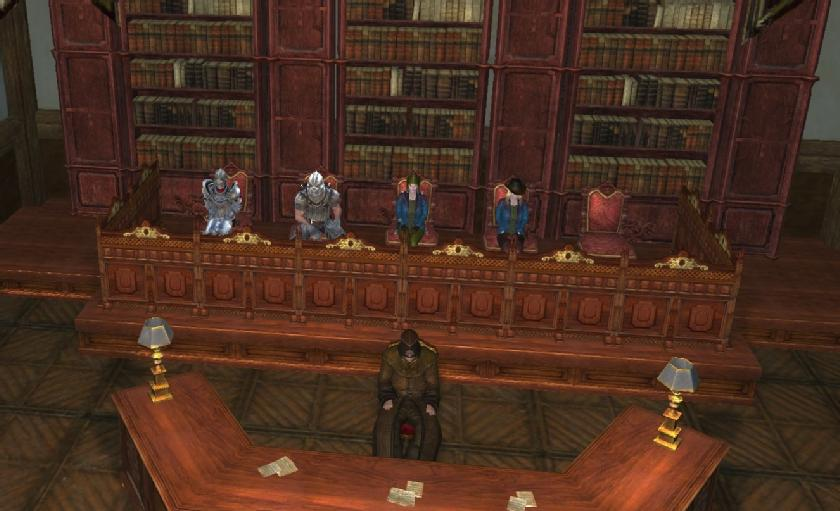 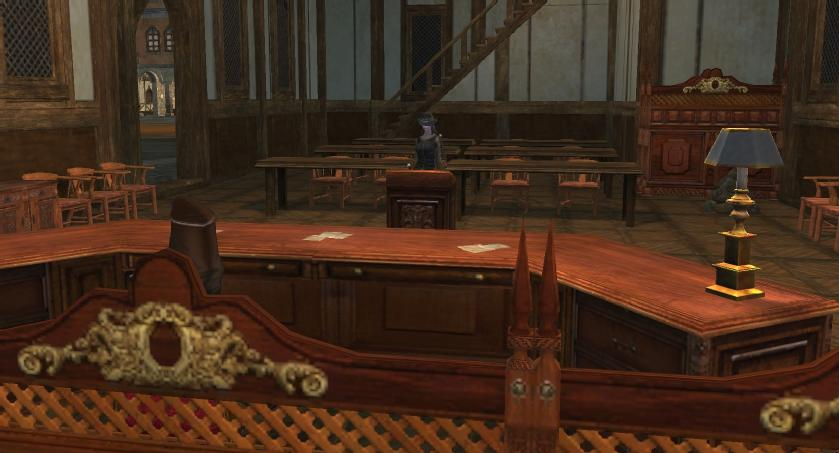 The defendant must prove their innocence within a minute. It is also possible to gain the Jury’s side through a back transaction.

► Penalty Confirmation
● Once all jury verdicts are decided, each perpetrator spends time in jail for the amount of sentence determined. (At this time, if the jury verifies innocence, they will be released from the court.)
Contents
1 2 ... NEXT